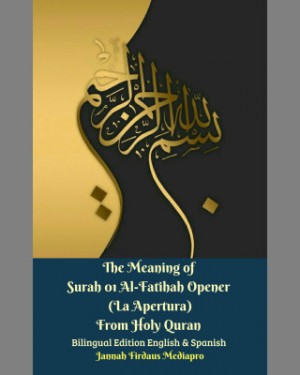 Surah al-Fatiḥah (Arabic: سُورَةُ الْفَاتِحَة‎) is the first chapter (surah) of the Quran. Its seven verses (ayat) are a prayer for the guidance, lordship and mercy of God. This chapter has an essential role in Islamic prayer (salat). The primary literal meaning of the expression "al-Fatiḥah" is "The Opener," which could refer to this Surah being "the opener of the Book" (Fatiḥat al-kitab), to its being the first Surah recited in full in every prayer cycle (rakʿah), or to the manner in which it serves as an opening for many functions in everyday Islamic life. Some Muslims interpret it as a reference to an implied ability of the Surah to open a person to faith in God. The name al-Fatiḥah ("the Opener or the opening") is due to the subject-matter of the surah. Fatiḥah is that which opens a subject or a book or any other thing. In other words, a sort of preface. The word الفاتحة came from the root word فتح which means to open, explain, disclose, keys of treasure etc. That means sura Al-Fatiha is the summary of the whole Quran. That is why we recite another Ayat or sura along with Fatiha in our prayers. That is, sura Al-Fatiha is paired with rest of the whole Quran. It is also called Umm Al-Kitab ("the Mother of the Book") and Umm Al-Quran ("the Mother of the Quran"); Sab'a al Mathani ("Seven repeated [verses]", an appellation taken from verse 15:87 of the Quran); Al-Hamd ("praise"), because a hadith narrates Muhammad as having said that GOD says: "The prayer [al-Fātiḥah] is divided into two halves between Me and My servants. When the servant says, 'All praise is due to God', the Lord of existence, God says, 'My servant has praised Me'."; Al-Shifa' ("the Cure"), because a hadith narrates Muhammad as having said: "The Opening of the Book is a cure for every poison."; Al-Ruqyah ("remedy" or "spiritual cure")., and al-Asas, "The Foundation", referring to its serving as a foundation for the entire Quran. 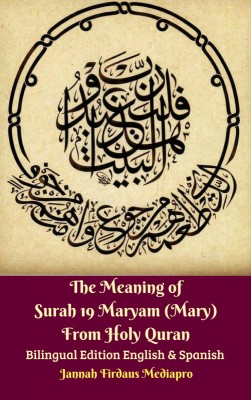 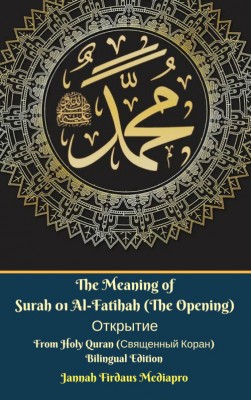 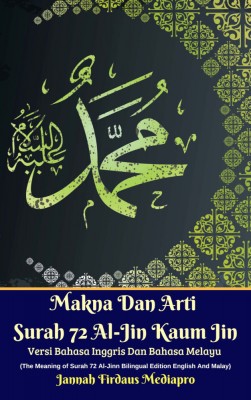 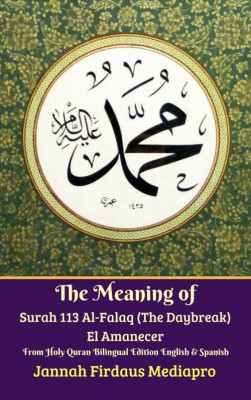