In Britain it has been estimated that 10% of all books sold are fantasy. And of that fantasy, 10% is written by Terry Pratchett. So, do the sums: 1% of all books sold in Britain are written by Terry Pratchett. So throwing caution to the wind, let's enter a world where the Librarian is an orangutan, luggage has legs, and where Death may come to visit, on his holidays. A world which is flat and balanced upon elephants stood on the back of a giant turtle. Welcome to Discworld. The success of the best-selling Discworld series has been so phenomenal that there have been radio serialisations, tv adaptations, numerous plays, dozens of audiobooks, pottery figures, calendars, diaries, an encyclopedia, a couple of computer games, a quizbook, a CD of music inspired by the Discworld, several fanzines, newsgroups, fanclubs and a couple of Discworld Conventions. There was even a whole volume of criticism discussing Terry Pratchett's work. And this one makes it two. Oh, and we've included information about all Terry Pratchett's other work as well. 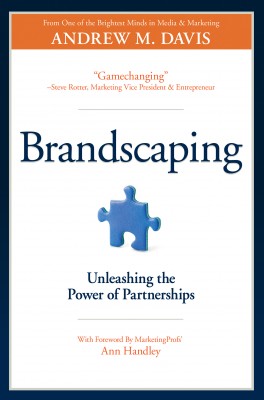 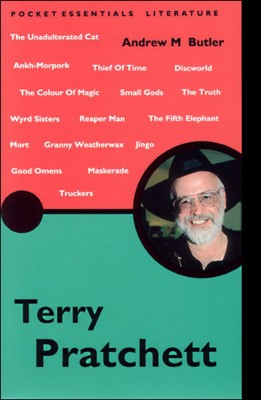 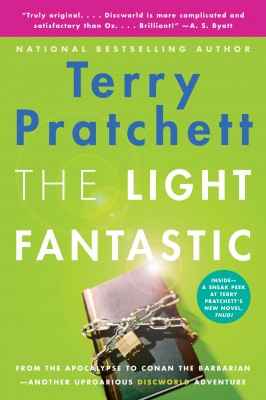 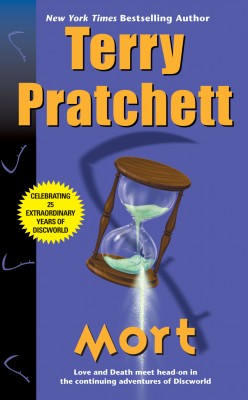 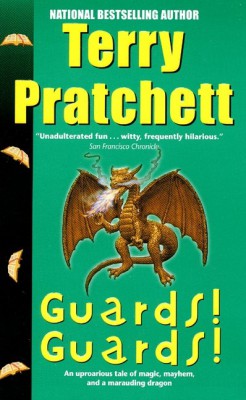