Vikram and The Vampire by Sir Richard F. Burton

In which a man deceives a woman In Benares once reigned a mighty prince, by name Pratapamukut, to whose eighth son Vajramukut happened the strangest adventure. One morning, the young man, accompanied by the son of his fathers pradhan or prime minister, rode out hunting, and went far into the jungle. At last the twain unexpectedly came upon a beautiful tank47 of a prodigious size. It was surrounded by short thick walls of fine baked brick; and flights and ramps of cut-stone steps, half the length of each face, and adorned with turrets, pendants, and finials, led down to the water. The substantial plaster work and the masonry had fallen into disrepair, and from the crevices sprang huge trees, under whose thick shade the breeze blew freshly, and on whose balmy branches the birds sang sweetly; the grey squirrels48 chirruped joyously as they coursed one another up the gnarled trunks, and from the pendent llianas the longtailed monkeys were swinging sportively. The bountiful hand of Sravana49 had spread the earthen rampart with a carpet of the softest grass and many-hued wild flowers, in which were buzzing swarms of bees and myriads of bright winged insects; and flocks of water fowl, wild geese Brahmini ducks, bitterns, herons, and cranes, male and female, were feeding on the narrow strip of brilliant green that belted the long deep pool, amongst the broad-leaved lotuses with the lovely blossoms, splashing through the pellucid waves, and basking happily in the genial sun. The prince and his friend wondered when they saw the beautiful tank in the midst of a wild forest, and made many vain conjectures about it. They dismounted, tethered their horses, and threw their weapons upon the ground; then, having washed their hands and faces, they entered a shrine dedicated to Mahadeva, and there began to worship the presiding deity. Whilst they were making their offerings, a bevy of maidens, accompanied by a crowd of female slaves, descended the opposite flight of steps. They stood there for a time, talking and laughing and looking about them to see if any alligators infested the waters. When convinced that the tank was safe, they disrobed themselves in order to bathe. It was truly a splendid spectacle Concerning which the less said the better, interrupted Raja Vikram in an offended tone.50 —but did not last long. The Rajas daughter—for the principal maiden was a princess—soon left her companions, who were scooping up water with their palms and dashing it over one anothers heads, and proceeded to perform the rites of purification, meditation, and worship. Then she began strolling with a friend under the shade of a small mango grove. The prince also left his companion sitting in prayer, and walked forth into the forest. Suddenly the eyes of the Rajas son and the Rajas daughter met. She started back with a little scream. He was fascinated by her beauty, and began to say to himself, O thou vile Karma,51 why worriest thou me? Hearing this, the maiden smiled encouragement, but the poor youth, between palpitation of the heart and hesitation about what to say, was so confused that his tongue crave to his teeth. She raised her eyebrows a little. There is nothing which women despise in a man more than modesty,52 for mo-des-ty — 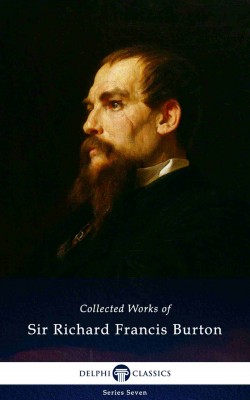 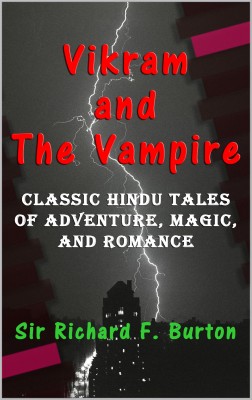 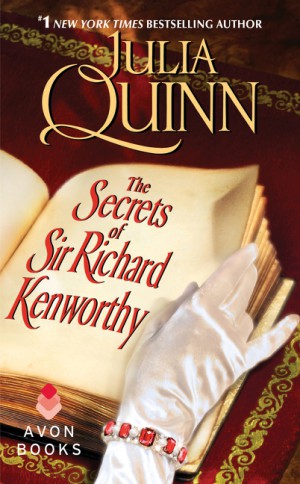 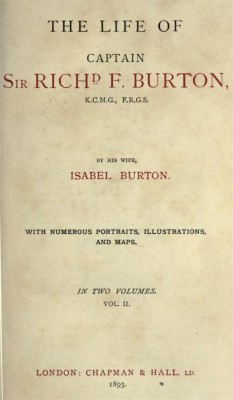 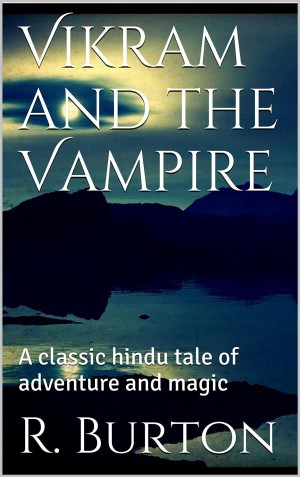